Why did the birch Recording Custom bass drums not sound great?

I’ve heard many times that those early bass drums were not good. Steve Gadd used a maple Custom kick with Recording Custom toms as an endorser back in the 80s. Many other people have remarked on the problem here. What caused it, I wonder? Andy, do you have thoughts?

No, there’s a whole thing about it, there have been threads before

Push pull stroke said:
No, there’s a whole thing about it, there have been threads before
Click to expand...

OK 😝 I still like mine !
I have a 18x14, two 20x14 and a 20x18 from Japan, and a 20x16 from China. I’ll have to find out which one is the worst, and it will still have a good resale value 😩
I’m going to see Gadd from close in a few days. Does he still have a maple?
Alain Rieder
Time Manipulation Drum Book
Shop
Time Manipulation ebook at Hudson Music
YouTube Channel
Blog
T

I know there has always been a "thing" about it, but all the ones I've heard in person have sounded just fine. I can't speak to their lineage or ages, but they've all sounded good to me.
The artist formerly known as IDDrummer.

Push pull stroke said:
I’ve heard many times that those early bass drums were not good. Steve Gadd used a maple Custom kick with Recording Custom toms as an endorser back in the 80s. Many other people have remarked on the problem here. What caused it, I wonder? Andy, do you have thoughts?
Click to expand...

I owned 3 or 4 RC's from the classic Taiwan made with seperate lugs.. to the Sakae made and ALL of them had VERY GOOD sounding kicks.. . All of mine had PS3 or Evans EQ 1 ply heads front / back with minimal muffling inside.. NO PORT EVER on the front..

The ones complaining I would bet almost every one of them had a hole in the front head and these kicks are much more sensitive to that compared to maple kicks IMO.

My bass drum* is 8mm and sounds great.

My bass drum* is 8mm and sounds great.

Yeah, 6mm is pretty thin for a BD shell. I thought the old recording customs were thicker, but I have not researched it. Just going by the ol' eyeball.
The artist formerly known as IDDrummer.

I have had all 9000 and Recording Custom kicks (Japan, Taiwan, England), and played the new ones (China) too.

At the moment I use a 24x14 from the 70’s, this is a failry thin shelled kick (with an even thinner laquer).

I never get that good, nice feeling on the players side, unless I play a 24” (which brings its own set of challanges for me as short guy), regardless heads, tuning, and space.

The 20x18 came close, but was still not satisfying enough.

When I did the demo’s for Yamaha on the new RC they seem to have fixed that issue and those are incredible on the players side now too.

Also what didn’t help (although I love them for nostalgic reasons) were the 10” centre holed heads where the feel was out of the kick much quicker.

But even then, the head was only part of the “bad experience” equation.
Last edited: Oct 17, 2022
www.musiqsoundsproductions.com

Drum Mer said:
Also what didn’t help (although I love them for nodtalgic reasons) were the 10” centr holed heads where the feel was out of the kick much quicker.
Click to expand...

I've wondered if that giant hole in the reso was part of the reason people didn't like them.
The artist formerly known as IDDrummer.

The maple custom sounded like a basketball that I had. 10 ply. I remember the RC I had from 2000 didn’t knock me out like the tama maple Star classic from the same era. The RC and maple custom toms however were a different story.

Have never had even a single RC or 9000 bass drum sound anything less than great, from either side of the drum. It bums me out that so many have had negative experiences with them. To be fair, my preference is for a tight, dry bass drum sound that most here (and other forums as well) hate. The RC bass drums, more than many other brands/models, achieved that sound quite easily.

Gadd talks about it briefly here in the all access mag link, he simply said he put different ones side by side and liked the maple bottom end. Notably now, he likes a lift system for sustain on the new RCs. Putting this together, some bottom end sustain seems to be what he was looking for. 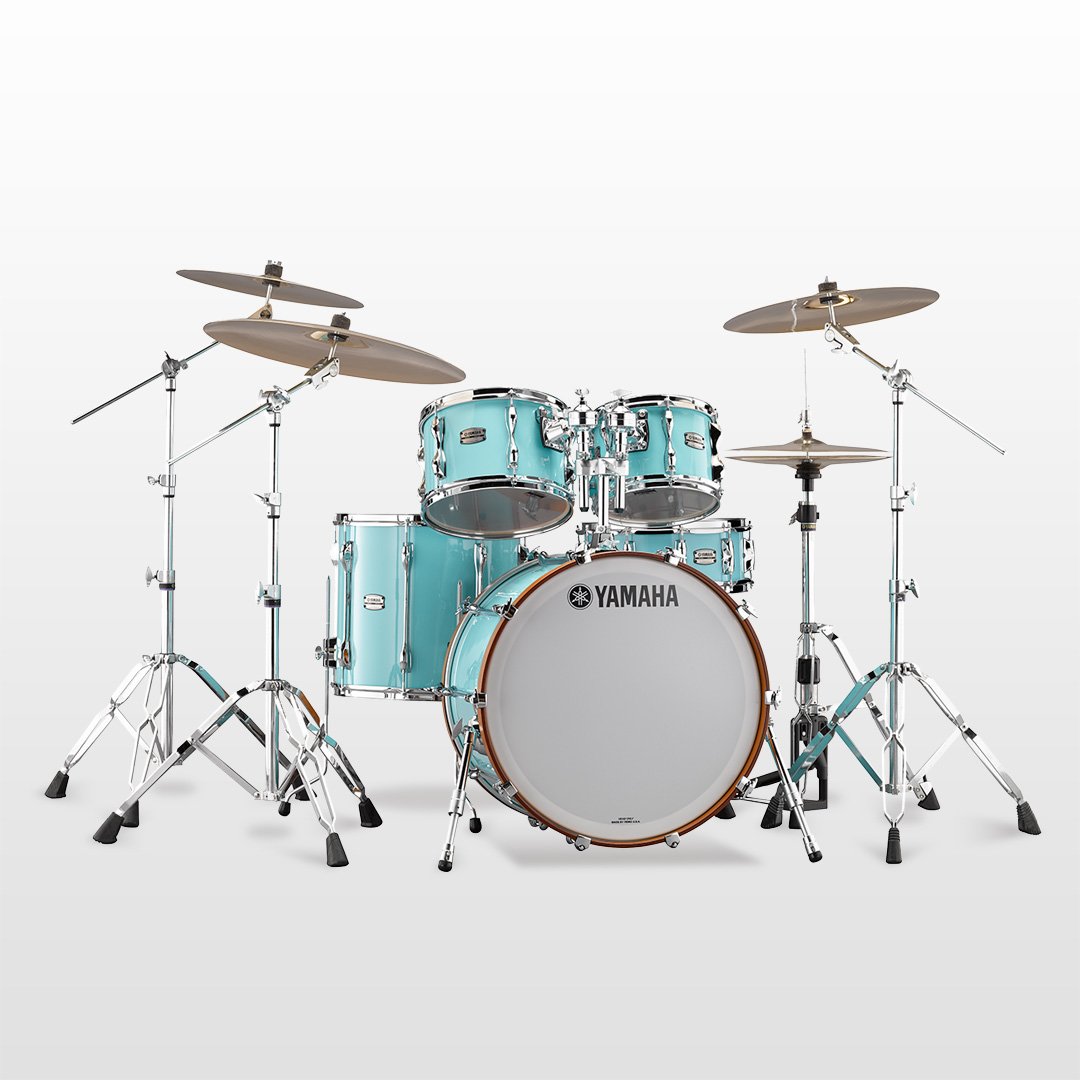 I've heard here and there over the years that some drummers feel like the Yamaha bass drums didn't project enough for them.

I've never had anything but great sounding bass drums on all my Yamaha kits.

There's a reason that Yamaha Custom Recording drums are in more recording studios globally than any other brand. It's not surprising that when Yamaha pulled the plug on the Japanese Recording Custom Series and Yamaha was selling off their remaining inventory in the Japanese factory that a huge percentage of buyers were recording studios scooping them up.
“The more I know the less I know.” --Indian Larry, Old School Chopper Guru (1949-2004)

"I have more miles backing my bike to the curb than you have riding forward." --Sugar Bear, Ace Chopper Builder

"It needs that 1% of wrong to make it right." --Joe Satriani, Beyond Supernova

The thing is-- if you do the thing with the huge hole in the front head you're going to be disappointed in the acoustic sound from the driver's seat. You have to let the mic do its thing in those circumstances. But they're great bass drums. I have a 20 that kills no matter what you do to it.
My Drumming: Link
Yamaha | Paiste | Evans

I'm going with that giant port dead center on the reso head. I've never heard a bass drum with a giant hole that sounded good to me, and back then all RC bass drums shipped like that from the factory.