Have any of you personally A/B compared the Star walnut with the bubinga? Your thoughts please.

My #1 snare is a Starphonic bubinga, I just love its resonant warmth and depth. I recently bought a Star bubinga and was surprised by how dry and tight it sounded. I suspect the rerings and different bearing edges made the biggest difference.

How does the walnut compare, with no rerings?
S

Never played either but zinc diecast on a re-ring seemed blasphemous at first....To my ear and taste, they scoop out too much mids and you have a lot lows from that 4.5mm shell and highs from the diecast + re-ring, almost like an electronic set. But I have to admit they record really nice on video, like a birch kit on steroids (bet your snare sounds great though!)....and Peter Erskine's straight ahead stuff sounded great too so maybe diecast w/ re-ring work, so what the hell do I know! I thought the walnuts sounded more balanced w/ expanded low-mids though, would be my first choice on video alone (and happen to have a better price point). I thought both had a modern slightly rounded 45 but rings change this. The whole Star line looks and sounds great though, probably can't go wrong.

I’ve only played a few notes on a Star Walnut kit at DCP. There was no way for me to compare it to my Starclassic Bubinga.

Ever since I purchased my bubinga kit (c.2004) I’ve become aware of the Janka hardness test.
I don’t know which walnut is used, but that’s a significant difference between two types of walnut. Same between walnut and bubinga. There will be a sonic difference between walnut and bubinga, and to me, there is less “cut” with softer woods. Others say bubinga sounds “brittle”, but I play with thicker heads and don’t get that sense at all.
Tama | Paiste | ProMark | Fat Cat | Canon | Speedotron | Gitzo | RRS

I concur with Chris. Walnut is a softer wood and has a nice warm attack to my ear. The bubinga, much harder....brittle is a good descriptor.

The janka scale I used puts bubinga at 2410. Definite variations in that scale.

Generally speaking, I realized that I prefer medium hard woods, Janka 900 to 1500 or thereabouts. But not real hard woods. Softer hardwoods sound warmer to me than the harder hardwoods. I felt that bubinga reflects most of the soundwaves where walnut absorbs some of those vibrations and makes warmth. That may not be factual, but that's my impressions.

I've had a North American walnut kit for 4 years now and I have to say I do love walnut shells the most out of them all.

I was all about Bubinga for a while. Loved the look of it. Played a Star Bubinga next to a Mapex Walnut and though in the same room with similar heads, the walnut seemed warmer to my ears. Being that I was still all into Bubinga, I managed to find a Starphonic Bubinga snare. The excitement wore off fairly quick. I just couldn't get into the snare. Head change after head change and none of the heads gave it the body I was looking for. It was always muted. If you love your Bubinga snare, then you'll likely love the Star Bubinga the same. Beautiful kit.

If I was still playing smaller venues I would have kept my Bibinga snare. It was definitely more "polite" for that application. The Star kit was the same. It was just a bit too subdued for my liking. Walnut definitely had more presence. My current kit is Maple/Poplar, so way softer than Bubinga as a reference. I'd likely be all over the Bubinga kit if I had a studio. They seem far easier to tame. My snare sure was.

Two different woods anisotropic in every dimension. The bigger differences are other than hardness.
"Whenever people agree with me I always feel I must be wrong. I am so clever that sometimes I don't understand a single word of what I am saying. Oscar Wilde "
B

A Star Birch-Bubinga kit would be awesome!!

The tale of the tape!

When Tama announced the Starclassic bubinga, they touted the low frequencies "but with incredibly high overtones" (which is why some consider it brittle-sounding). My research concurs. I believe, under the scrutiny of a recording studio, a bubinga shell with have a stronger attack and a prominent low frequency fundamental, and a walnut shell will deliver a softer, mellower attack and a low frequency less pronounced that bubinga. (How's that for marketing speak?)

The density of maple vs. walnut is not that far apart. Unless you are going to walk on your drumshells with boots, Janka is a crude metric to divide hard and soft woods.

s1212z said:
Janka is a crude metric to divide hard and soft woods.
Click to expand...

Dont need janka for that. Hardwoods are deciduous and have leaves, softwoods are conifers and have needles. Regardless of how "hard" the wood is, drums are not made from softwoods.
Grease or The Bird, which is it? Someone please tell me, what is the d@mn word?
S

MrInsanePolack said:
Dont need janka for that. Hardwoods are deciduous and have leaves, softwoods are conifers and have needles. Regardless of how "hard" the wood is, drums are not made from softwoods.
Click to expand...

Poplar has a lower Janka than yellow pine. Yellow Pine is considered a conifer but yet I see drums are made from yellow pine. From what I see poplar considered a 'soft' hardwood and yellow pine a hard 'soft wood'...but whatever. I'm not a biologist and the semantics don't matter here to sound....the point was that Janka gives a hardness scale and it's a broad stroke how it translates to acoustic properties. I would not say 'maple' sounds in-between 'walnut' and 'bubinga' just because of Janka. If anything, walnut and maple are much closer sound-wise and I think it's due to density properties along with a myriad of other biological properties (all else being equal). Of course this is all romanticized in the drum world, so many other factors on the end product.

Matching amounts of highs, mids, and lows. Very consistent and fat sounding with great punch for a snare drum.

s1212z said:
the point was that Janka gives a hardness scale and it's a broad stroke how it translates to acoustic properties.
Click to expand...

Indeed. It points to density, which is where one can begin to consider the physics of energy transfer from the head to the shell, and how that entire system (shell, heads, hardware) emanates acoustic energy.

Wood density affects the tone of a drum shell, but how? If you read Tama’s description, would you agree?

MrInsanePolack said:
Dont need janka for that. Hardwoods are deciduous and have leaves, softwoods are conifers and have needles. Regardless of how "hard" the wood is, drums are not made from softwoods.
Click to expand...

Not trying to argue but doesn't Tama make some kind of spruce kit?

Also to the OP, I have a N&C walnut kit and it's pretty nice. It has a bit more of a growly sound to it than maple. To me maple as a bit more stick sensitivity. Only bubinga I've ever had was a Tama B/B which had great sounding toms but just a "meh" bass drum sound. 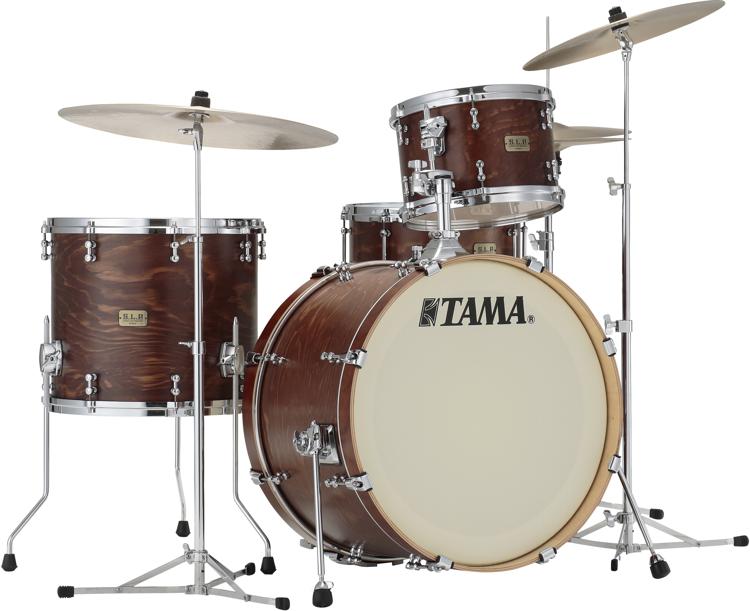 Had no idea there were coniferous drums.
Grease or The Bird, which is it? Someone please tell me, what is the d@mn word?

MrInsanePolack said:
Had no idea there were coniferous drums.
Click to expand...